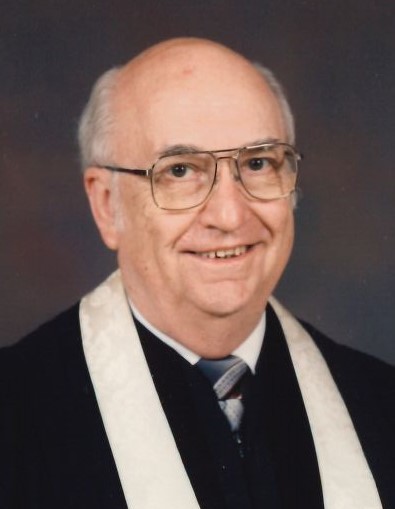 Funeral services will be held at 3:00 on Friday, October 27, 2017, at Trinity United Methodist Church. The family will travel to Ft. Crawford East Brewton on Saturday for interment and receive friends 2 hours before the service on Friday.

Born to Verbie and Velma Fralish Langford in South Alabama, Charles Martin Langford, named for his grandfathers, learned his work ethic on the family farm. He graduated as the valedictorian of the 1948 class at Ariton High School. At 18, he was licensed to preach in the Methodist Church. On receiving a bachelor’s degree from Troy State Teachers College (now Troy University). He joined the Alabama Conference of Methodist Church (now the United Methodist Church).

For 41 years, he and his wife, Carolyn, served the congregations to which the bishops appointed them. Charles served 13 appointments in his ministry, he preached 3,324 sermons. In addition to conducting visitations, weddings and funerals, Rev. Langford served the Methodist conference as director of elementary camps at Blue Lake, conference statistician and secretary. Other than his parents, he is preceded in death by sisters Dorothy Cook and Marie Agerton.

To leave a condolence, you can first sign into Facebook or fill out the below form with your name and email. [fbl_login_button redirect="https://vancebrooksfuneralhome.net/obituary/rev-charles-m-langford/?modal=light-candle" hide_if_logged="" size="medium" type="login_with" show_face="true"]
×