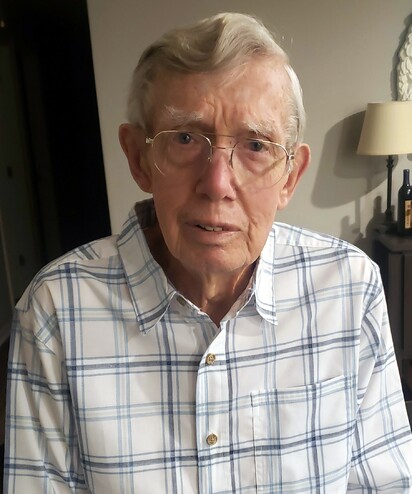 Funeral Services will be held at 2:00 PM (EST) on Tuesday, December 27, 2022 in the Chapel of Vance Brooks Funeral Home, Phenix City, AL with Rev. Norman Garrison officiating and military honors rendered by the U. S. Navy. A private interment will follow in Lakeview Memory Gardens. The family will receive friends on Tuesday from 1:00PM till the funeral hour at the funeral home.

Mr. Jones was born June 29, 1940 in Ansley, AL son of the late Harper Jones and Myrtle Ruth Penn Jones. He was a U. S. Navy Veteran, where he was a Sea Bee. Mr. Jones was a Meat Cutter for 30 years working at Piggly Wiggly and Winn-Dixie. He was an avid Alabama Fan, enjoying game days with zest. Rev. Jones worshiped at Word of Faith Church with family and friends, was an ordained minister and sang with The Revelations gospel group. His wisdom, faith, love of God and family will continue to impact us and future generations.

Flowers will be accepted or donations may be made in his memory to, Word of Faith Church, 4 All American Dr, Phenix City, AL 36870.

To leave a condolence, you can first sign into Facebook or fill out the below form with your name and email. [fbl_login_button redirect="https://vancebrooksfuneralhome.net/obituary/rev-harold-m-jones/?modal=light-candle" hide_if_logged="" size="medium" type="login_with" show_face="true"]
×