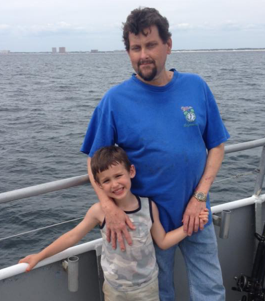 A Funeral service will be held 11:00 am Wednesday, May 24, 2017 at Vance Memorial Chapel with Rev. Jimmie Hobbs officiating.  There will be a private interment at Lakeview Memory Gardens following the service.  The family will receive friends Tuesday evening from 6:00 until 8:00 pm EST at the funeral home.

Mr. Parkinson was born October 13, 1965 son of Linda Brown Parkinson and the late Dave Parkinson.  He enjoyed going to the beach and Alabama football but his greatest love was his family, especially his grandchildren.

Other than his father, he was preceded in death by a special Grandmother, Minnie Brown.

Other than his mother, he is survived by his loving wife Anna Lane Parkinson; two sons, Chris Parkinson and wife Christina of Phenix City, AL and Michael Cornwell of Smiths Station, AL; one brother, Scott Jones of Phenix City, AL; two grandchildren, Colten and Taylor Grace; father and mother-in-law, Richard and Betty Lane; several other extended family members and friends.

In lieu of flowers, please make donations to the National Kidney Foundation at www.kidney.org/support.

Online condolences may be made at www.vancememorialchapel.net.

To leave a condolence, you can first sign into Facebook or fill out the below form with your name and email. [fbl_login_button redirect="https://vancebrooksfuneralhome.net/obituary/richard-andrew-parkinson/?modal=light-candle" hide_if_logged="" size="medium" type="login_with" show_face="true"]
×