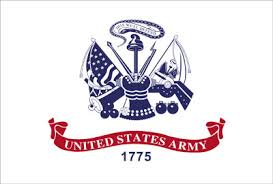 Mr. Barbay was born May 8, 1946 in New Orleans, LA to the late Edward Dudley Barbay and Mary Englert Barbay. He graduated from Pacelli in 1964 and soon after joined the US Army. Mr. Barbay proudly served during the Vietnam War from 1966-1969 and later became Provost Marshall with AmVets(American Veterans) Post 9, was a lifelong member of the Victory Drive VFW and a member of the American Legion. He retired from Avaya and was a past member of Telephone Pioneers of America. Mr. Barbay was also a member of the Knights of Columbus having reached the 4th Degree.

Other than his parents, Mr. Barbay is preceded in death by his daughter, Kimberli Michele Barbay; grandson, Timothy Chandler Barbay and a brother, Arthur Barbay.

Survivors include his wife of 49 years, Katherine Barbay; brother, Stephen Barbay and wife Catherine of Augusta, GA; sister, Bernice Brewer of Fortson, GA; numerous nieces and nephews and other extended family. In lieu of flowers, donations can be made to SafeHouse Ministries, 2101 Hamilton RD, Columbus, GA 31904 or www.safehouse-ministries.com.

To leave a condolence, you can first sign into Facebook or fill out the below form with your name and email. [fbl_login_button redirect="https://vancebrooksfuneralhome.net/obituary/richard-john-barbay/?modal=light-candle" hide_if_logged="" size="medium" type="login_with" show_face="true"]
×