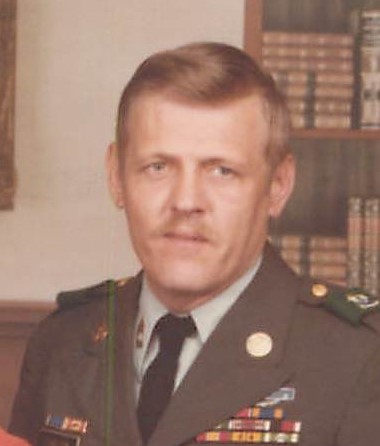 A graveside service is scheduled for 2:30 Monday, April 23, 2018 at Ft. Mitchell National Cemetery with Dr. Wayne Scarborough officiating. A procession will leave Vance Memorial Chapel at 2:00 traveling to the cemetery. Visitation will be Monday from 12:30 to 1:30.

Mr. Carlson was born May 5, 1944, in Boston, MA son of the late Carl B. Carlson and Frances Seekins Carlson. SFC Carlson served in the US Army for over 22 years before his retirement. He earned many commendations and medals while serving. He was also a member of the Masons.

Other than his parents, he was preceded in death by 3 sisters, Joann Carlson, Rosemary Stallings and Debbie Cryer.

To leave a condolence, you can first sign into Facebook or fill out the below form with your name and email. [fbl_login_button redirect="https://vancebrooksfuneralhome.net/obituary/richard-norman-carlson-sfc-usa-ret/?modal=light-candle" hide_if_logged="" size="medium" type="login_with" show_face="true"]
×