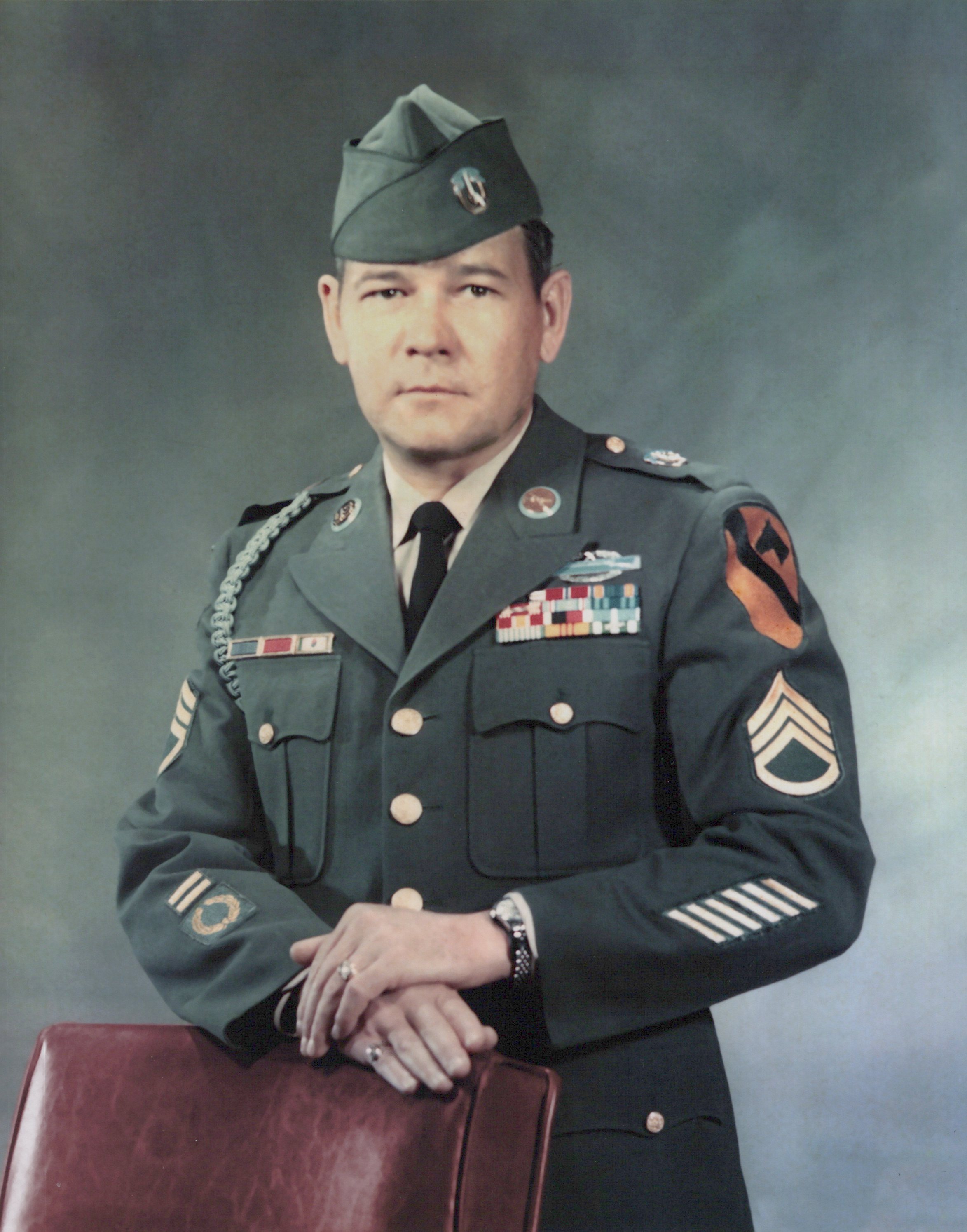 Robert Howard Schrecengost, a.k.a. Robert Saxman, 92, of Smiths Station, AL died while at Arbor Springs Health and Rehab in Opelika, AL on Tuesday, November 8, 2022 with his daughter by his side.

Robert was born December 3, 1929 in Dayton, PA. After graduating from High School in 1948 he enlisted in the U. S. Army. He served in the Korean War with the 2nd Infantry Division, followed by Occupation Duty with the 7th U. S. Army Europe, followed by a 2nd tour of Korea.  SSG Schrecengost also served two tours in Viet Nam, the 1st with the 1/7th 1st Cav. Division, and the 2nd with the Airmobile 4/31st Inf. 196th Light Inf. BOE, American, Division. Between his Army enlistments, he enlisted for four years in the U. S. Air Force being assigned to the 1094th Support Squadron, USAF Special Weapons, Manzano, NM. During his distinguished military career, he was awarded the following medals and decorations: Combat Infantryman’s Badge, Bronze Star W/OLC, Korean Service Medal w/3 Battle Stars, Viet Nam Service Medal w/1 Silver Star.

He was predeceased in death by his wife of 49 years, Angelita Pino Schrecengost his “Desert Flower” and a son, Robert Earl Schrecengost; mother, Alberta Holtmeyer; several sibling and other family members.

In lieu of flowers the family requests donations be made in his memory to Disabled American Veterans at www.dav.org.

To leave a condolence, you can first sign into Facebook or fill out the below form with your name and email. [fbl_login_button redirect="https://vancebrooksfuneralhome.net/obituary/robert-howard-schrecengost/?modal=light-candle" hide_if_logged="" size="medium" type="login_with" show_face="true"]
×