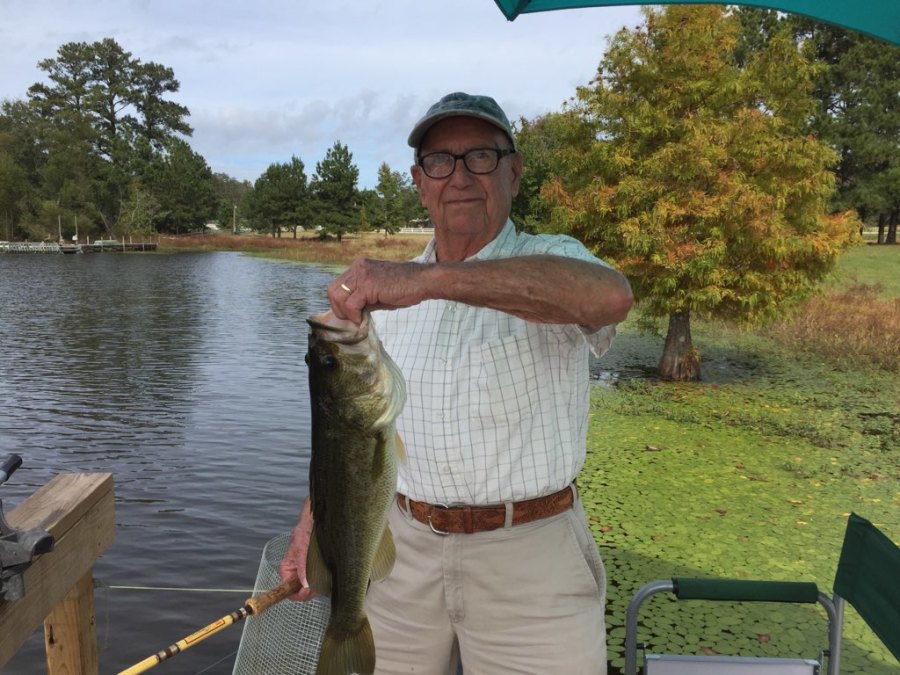 Robert Lewis Manville Sr., 96 of Phenix City, AL went to his eternal home in heaven to be with his Lord and Savior and beloved wife Honey on Saturday, March 9, 2019.

Funeral services will be held at 2:00 PM on Wednesday, March 13, 2019 at Vance Brooks Funeral Home Chapel, Hwy. 431N/280S, Phenix City, AL, with Pastor Udell Addison officiating. The family will receive friends from 12:00 to 2:00 at the funeral home.  Private Interment will follow at Lakeview Memory Gardens.

He was a Godly man that represented Jesus well as he would tell people he loved them AND that Jesus loved them. He was a devoted husband being married to “Honey” for 68 years and he cherished her with all of his heart. He had missed her dearly for the past 2 years. He was a devoted father always being there for his boys and their families.  He really enjoyed growing tomatoes and sharing them with so many people in the community.  He was a U.S. Navy World War II Veteran, enjoyed fishing, and what MeeMaw called “piddling” because he was always doing something mostly outside. He enjoyed sitting on the front porch “waving to every car” that passed by.  He was the greatest storyteller.

He served Jesus many years at United Baptist Church as well as Auburn Heights Baptist Church, Golden Acres Baptist Church and was the choir director for 20+ years at Pine Grove Baptist Church where he also served as Deacon. He worked at the Columbus Webbing and Tape Company as a young boy to support his family, Bickerstaff Company, The Mullin Company and retired from the Russell County Bus Shop.  He loved spending time with his family, enjoyed game nights with his church family, playing Rummikub, and always enjoyed fishing.

Dad, Granddaddy, PawPaw, and Brother – You will forever be missed, and we look forward to seeing you again in Heaven because we love you and “Jesus loves you”.

In lieu of flowers donations may be made in his memory to St. Jude Children's Hospital, www.stjude.org/donate or Alzheimer Assoc., Columbus Chapter, www.alz.org.

To leave a condolence, you can first sign into Facebook or fill out the below form with your name and email. [fbl_login_button redirect="https://vancebrooksfuneralhome.net/obituary/robert-lewis-manville-sr/?modal=light-candle" hide_if_logged="" size="medium" type="login_with" show_face="true"]
×