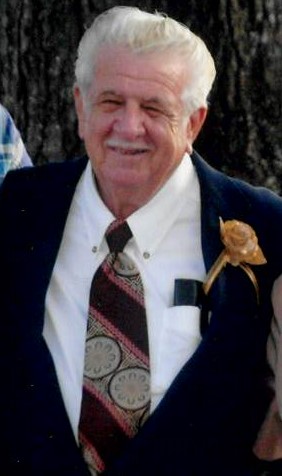 Funeral Services will be held at 2:00 PM (EST) on Sunday, January 03, 2021 in the Chapel of Vance Brooks Funeral Home, Phenix City, AL with Rev. Dr. Johnny Ellison officiating. A private interment will be held in Lakeview Memory Gardens. The family will receive friends on Sunday from Noon till the funeral hour at the funeral home.

Mr. Garee was born October 13, 1933 in Uniontown, PA son of the late Eugene Garee and Harriet Byrd Garee McDaniel. He had a love for Baseball and was drafted by the Cardinals. but before he could play, he was drafted by the Army, where he served during the Korean War.

Mr. Garee was a professional Barber for over 50 years, owning and operating Ronnie’s Barber Shop for 20 plus years. After moving to Phenix City, he became the Manager for the Barber Shop at Ft. Benning, Georgia.  He was an avid sports fan, the Pirates and the Steelers. Mr. Garee was also Country Music Fan and even played the drums for a country music group. We will remember him as a jokester and always laughing. He had the ability to turn any situation into a comedy with his jokes and easy-going mannerism. His love of family and humor will continue to impact us and future generations in a positive way.

Mr. Garee was preceded in death by his wife of 52 years, Virginia Miles Garee.

To leave a condolence, you can first sign into Facebook or fill out the below form with your name and email. [fbl_login_button redirect="https://vancebrooksfuneralhome.net/obituary/ronald-garee-sr/?modal=light-candle" hide_if_logged="" size="medium" type="login_with" show_face="true"]
×