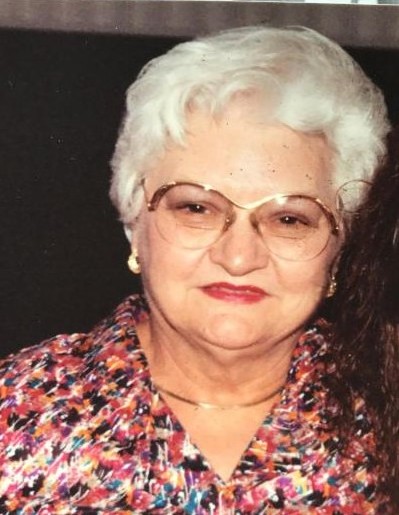 Funeral services will be held at 11:00 am EDT / 10:00 am CDT Wednesday November 1, 2017 at Central Baptist Church in Phenix City with Rev. Richie Ashburn and Rev. Jim Caldwell officiating.  A private interment will follow at Ramah Baptist Church Cemetery in Josie, AL.  The family will receive friends one hour prior to the service on Wednesday morning at the church.

Mrs. Brown was born November 8, 1928 in Coffee County, AL to the late William Jefferson Gohagan and Maggie Elizabeth Jackson Gohagan.  She was retired from R C Cola Microbiology Lab with many years of loyal service.  She had formally served with the Russell County Extension Agency, and was a member of Loflin Baptist Church in Banks, AL, and a longtime member of Central Baptist Church in Phenix City.  She enjoyed cooking, gardening, and loved spending time with all her grandchildren, and great grandchildren.  Other than her parents, she was preceded in death by her husband, Frank B. Brown, four sisters, Mattie Mae Gunter, Bertha Baines, Florence Davis, and Ruby Stewart, and one brother, James Raley Gohagan.

In lieu of flowers, the family request donations to Columbus Hospice or the building fund at Central Baptist Church in Phenix City.

To leave a condolence, you can first sign into Facebook or fill out the below form with your name and email. [fbl_login_button redirect="https://vancebrooksfuneralhome.net/obituary/rose-g-brown/?modal=light-candle" hide_if_logged="" size="medium" type="login_with" show_face="true"]
×