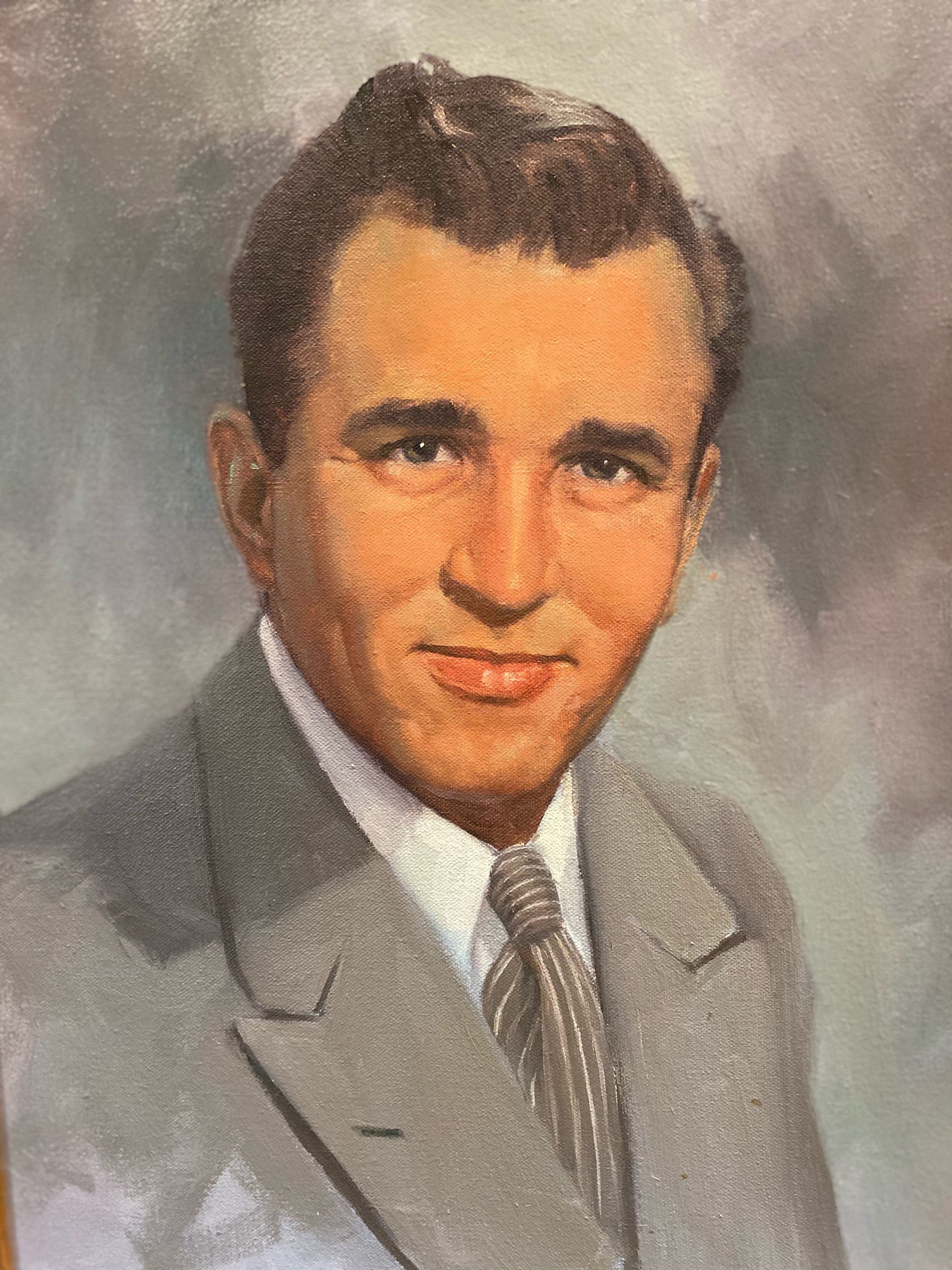 Roy M. Greene, Sr. died peacefully in his home on Sunday, October 4, 2020.
The family will have a private funeral service.
Mr. Greene was born in Auburn, Ala. on March 7, 1921 to Leslie Mitchell Greene and Virgil Roy Greene. The oldest of three children, Mr. Greene lived most of his childhood in Camp Hill, Alabama where both of his parents were teachers. The family moved to Phenix City in 1934 when his father took a job as the County Agriculture Extension Agent.
Mr. Greene graduated from Columbus High School in 1939. He attended the University of Alabama. At Alabama, he was a member of the Pi Kappa Alpha fraternity; included in the Who’s Who in colleges; was a member of the Alabama football team; was a member of the Debate Team; and was elected Senior Class President, as well as being in other honor societies.
Mr. Greene served in the Infantry in the Pacific during World War II, and was discharged as a First Lieutenant in 1946. After the war, Mr. Greene returned to the University of Alabama School of Law, where he earned his law degree. He was a member of the famous class of ‘48, which was composed mostly of war veterans attending law school on the GI Bill and anxious to make something of their lives. They elected Mr. Greene as the president of the Veterans Association.
After law school, Mr. Greene returned to Phenix City and began his law practice. He served as City Judge, City Commissioner, County Attorney, and District Attorney for the 26th Judicial Circuit. In 1960, Governor John Patterson appointed him as Lieutenant Colonel on his staff. Mr. Greene was elected by a landslide to the state legislature, but soon he decided to give up politics and become a businessman.
In 1952, Mr. Greene gave Phenix City a voice of its own when he founded its first radio station WPNX. He also went on to co-found what is now The Citizen of East Alabama newspaper, further giving the citizens of Phenix City a voice of their own.
After selling WPNX, Mr. Greene purchased F&M Bank of Hurtsboro and moved it to Phenix City. There, he operated the bank for several years before selling to Synovus. He was privileged to serve on the Synovus Board of Directors for many years.
In 1964, Mr. Greene heard of a new method of delivering television to the home now known as cable TV. He founded a new company, which began operating out of his barn, that is now known as BEAM and is one of the largest independent cable operators in the State of Alabama.
Mr. Greene’s business accomplishments were many, but he also had a passion for community engagement and believed in helping others. He was a humble man that touched so many lives in this community and will be dearly missed by many.
While practicing law in the 1950s, one day a beautiful young woman walked into his office. That woman, Janie Moore Greene, would become his wife and life partner for over 68 years of marriage. Mr. Greene enjoyed his family, farming, quail hunting, and fox hunting. He and his wife, purchased the Bass Perry Plantation in Seale, Alabama in the early 1960’s and raised their family there.
He is preceded in death by his parents Leslie Mitchell Greene and Virgil Roy Greene; his brother Robert C. Greene; and his son Daniel Greene.
He is survived by his wife of 68 years Janie Moore Greene, his sister EllyAnn Greene Eason, his children Lynne Greene Frakes (Keith), Mitch Greene, and David Greene. His grandchildren Katie Waldrep (Mal), Leslie Anne Jones (Scott), Roy Greene, III, Janie Lynn Greene, Myuriel Greene, Leslie Greene, John Daniel Greene, Dudley Greene, and Brooks Greene; and five great grandchildren Mal Waldrep, Jr., Virginia Waldrep, Lola Waldrep, Rosie Jones, and Scott Jones, III.
Flowers will be accepted or please make donations to the charity of your choice in honor of Mr. Greene.

To leave a condolence, you can first sign into Facebook or fill out the below form with your name and email. [fbl_login_button redirect="https://vancebrooksfuneralhome.net/obituary/roy-m-greene-sr/?modal=light-candle" hide_if_logged="" size="medium" type="login_with" show_face="true"]
×