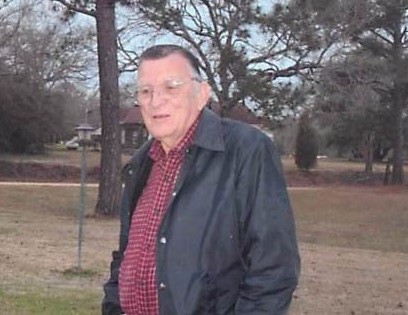 Rupert Glenn Gilmore, Jr., 86, of Ft. Mitchell, AL, died on April 5, 2017. He passed as peaceful in death as he was in life, at Columbus Hospice, surrounded by his children.

Funeral services will be held at 11:00 am EST, on Saturday, April 8, 2017, at Alexandria United Methodist Church with interment at Oswichee Cemetery with Reverend Janet Krantz officiating. The family will receive friends Friday evening from 6:00 until 8:00 pm EST at Vance Memorial Chapel.

Mr. Gilmore was born June 4, 1930, the son of the late Rupert Glenn Gilmore, Sr. and Annie Bates Gilmore. He lived a colorful life dedicated to his family and his work. After serving in the Korean War, he began working for Royal Crown Cola, where he worked for 42 years before retiring at age 68.

Other than his parents he is preceded in death by his loving wife of 51 years, Joyce Gilmore, sisters, Shendrena House and Juanita Redden.

Flowers will be accepted or donations may be made to Alexandria United Methodist Church, P.O. Box 148, Ft. Mitchell, AL 36856

To leave a condolence, you can first sign into Facebook or fill out the below form with your name and email. [fbl_login_button redirect="https://vancebrooksfuneralhome.net/obituary/rupert-glenn-gilmore-jr/?modal=light-candle" hide_if_logged="" size="medium" type="login_with" show_face="true"]
×