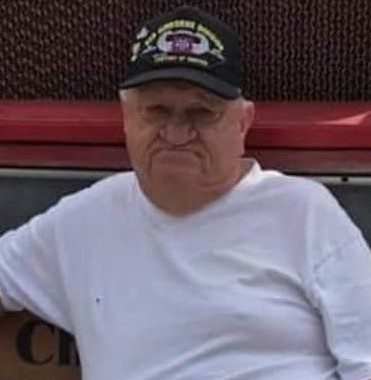 Sammy Mitchell, age 80, resident of Phenix City, Alabama, passed away on Friday, December 31, 2021 at his residence. Funeral services are scheduled at the Chapel of Vance Brooks Funeral Home, 3738 US Hwy 431N/280W, Phenix City, Alabama on Wednesday, January 5, 2022, 12 noon with Pastor Ron Gibson officiating. Interment will follow at Lakeview Memory Gardens. The family will receive friends at the funeral home on Tuesday, January 4, 2022 from 5-7 p.m.
Mr. Mitchell, son of the late Samuel Mitchell and Georgia Bozman Mitchell, was born March 22,1941 in Columbus, Georgia. He was retired from Local Union #387 where he worked faithfully as a Structural Ironworker for over 45 years. Mr. Mitchell who cherished and loved his grandchildren and great-grandchildren. But most of all, he loved his precious wife. Mr. Mitchell knew no strangers – even the homeless, which he often helped. As a teenager, he won the Golden Gloves Boxing Championship in Columbus at 14 years old, and later at 15 he won A Touch of Leather Boxing Championship in Atlanta. He was an avid coon hunter, fisherman, and enjoyed shooting pool at Player’s in Columbus. Mr. Mitchell would often be seen in Antique Shops and many times at Antique auctions. He forward to taking trips with his nephew Gene Napier. When he was home, you would find him many times in front of the television watching FOX News, Newsmax, conservative news shows, and Alabama football. The family remembers him as a devoted and loving husband, father, and grandfather.
Besides his parents, he was preceded in death by two grandsons, Bubba Mitchell and James Stephen Morena; three brothers; and one sister.
Mr. Mitchell is survived by his wife of 61 years, Sue Elliott Mitchell of Phenix City; three daughters, Sherry Mitchell of Columbus, Pam Mitchell of Columbus, and Stacy Femrite of Phenix City; one son, Sam Mitchell and his wife Martha of Phenix City; two sisters, Grace Guthrie and her husband Robert of Fortson, Georgia and Vera Mitchell Williams of Columbus; eight grandchildren, Michael Moreno, Amanda Wyatt, Haley Paige and her husband Seadrick, Sarah Davis and her husband Robinson, Robert Femrite, April Holt, Jonathan Mitchell, and Kayla Ervin; nine great-grandchildren, Nikalos Conner Wyatt, that was raised by Mr. and Mrs. Mitchell; Amyah Watts, Michael “MJ” Davison, Baylee Cobb, Kayson Paige, Shawn, Madison Holt, Tyson Holt, and Sammie Jo Davis; several nieces; nephews; other relatives and friends.
Condolences may be offered at www.vancebrooksfuneralhome.net.

To leave a condolence, you can first sign into Facebook or fill out the below form with your name and email. [fbl_login_button redirect="https://vancebrooksfuneralhome.net/obituary/sammy-mitchell/?modal=light-candle" hide_if_logged="" size="medium" type="login_with" show_face="true"]
×