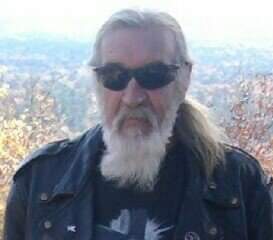 A funeral service will be held 3:00 pm Wednesday, November 21, 2018 at Vance Brooks Funeral Home – Phenix City, AL with Pastor Paul Meachem officiating.  The family will receive friends Wednesday from 2:00 to 3:00 pm, one hour prior to the service, at the funeral home.

Mr. Johnson was born November 16, 1941.  He served his country in the United States Air Force.  Mr. Johnson worked in the construction industry most of his career.  He loved riding his motorcycle and was a member of Heaven’s Saints Motorcycle Club.  His other hobbies included writing, gardening and spending time with his family.  Mr. Johnson became an ordained minister and spent several years ministering to people on the street in Columbus.

Other than his parents, he was preceded in death by a sister.

To leave a condolence, you can first sign into Facebook or fill out the below form with your name and email. [fbl_login_button redirect="https://vancebrooksfuneralhome.net/obituary/samuel-johnson/?modal=light-candle" hide_if_logged="" size="medium" type="login_with" show_face="true"]
×