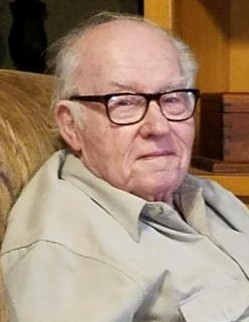 Sanford “Sandy” Jesse Childs, 87, of Lake Harding, AL passed away peacefully early Tuesday morning, December 5, 2017 in the comfort of his home while surrounded by his loving family.

Mr. Childs was born February 1, 1930 in Wilcox County, GA to the late Ezra R. Childs and Nellie Faircloth Childs.  He was retired as broker and owner/operator of Childs Realty with 25 years of service.  After retiring, Sandy found his passion for woodworking with outdoor furniture as his specialty.  He loved the peaceful tranquility and beauty of the outdoors and the lake which he lived on, it gave him many ideas as he transferred those ideas into his art of wood crafting.  He enjoyed reading, fishing, and nature.  He was a Christian by faith.  Other than his parents, he was preceded in death by a son, Sanford Jerry Childs, two grandsons, infant child, Jeffrey Michael Childs, and Jerry Andrew Childs, a baby sister, Wilma Childs, and a son-in-law, Timothy Edward Murphy.

A private memorial service will be held by his family.  The Childs family will receive friends on Sunday, December 10, 2017 from 3:00 to 5:00 pm EST at Vance Memorial Chapel in Phenix City.

To leave a condolence, you can first sign into Facebook or fill out the below form with your name and email. [fbl_login_button redirect="https://vancebrooksfuneralhome.net/obituary/sanford-sandy-jesse-childs/?modal=light-candle" hide_if_logged="" size="medium" type="login_with" show_face="true"]
×