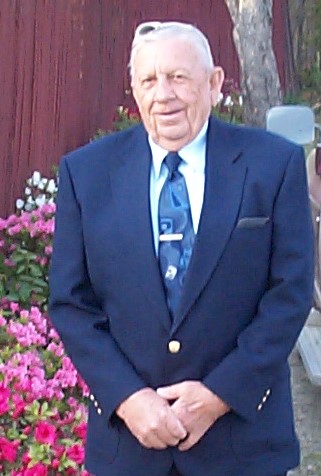 SFC (Ret) Carl H. Crane, age 89, passed away on Friday, December 11, 2020 at Piedmont Midtown Columbus.
Funeral services are scheduled at the Chapel of Vance Brooks Funeral Home, 3738 US Hwy 431N, Phenix City, Alabama on Wednesday, December 16, 2020, 1 p.m. with Chaplain Dean Knipe officiating. Visitation will be at the funeral home one hour prior the service on Wednesday, December 16, 2020 from 12 noon till 1 p.m. Interment with military honors will follow the service at Fort Mitchell National Cemetery.
Mr. Crane, son of the late Woodrow Crane and Mary Jacob Crane, was born April 18, 1931 in Clinton, South Carolina. After high school, he joined the U.S. Army where he served honorably for over 26 years. During his distinguished career, he served during both the Korean Conflict and Vietnam Era Conflict as well as many other assignments in both the CONUS and overseas. While serving his country, he was awarded the Bronze Star; Soldiers Medal; Army Commendation Medal; WWII Victory Medal; Korean Service Medal w/1 silver star; Vietnam Campaign Medal w/60 device; Vietnam Service Medal w/ 1 silver star; Combat Infantry Badge, 2nd award w/star; Purple Heart; and numerous other medals and ribbons.
After retiring from the military, he worked a few jobs before he started his second career working for Brink Armor. He worked faithfully for Brink Armor for several years, including a time period where he and his partner were robbed at gunpoint while serving a bank, resulting in his partner being killed.
Mr. Crane enjoyed coin collecting and woodworking. He always looked forward to being home watching old western classic movies and listening to old country music. He also enjoyed watching Polka Music, with Mollie B. being his favorite. We will remember him as a man who could be viewed as rough on the exterior but possessing a very kind heart – “would give you the shirt off his back”.
Mr. Crane is preceded in death his beloved wife, Margarete “Gretel” Crane, as well as, his parents and a sister. Mr. Crane is survived by cousins, nieces and nephews from Georgia, South Carolina, Virginia, and Germany, as well as a host of great-nieces and great-nephews. He is also survived by his close friends, Ron and Andrea Kuykendall. In lieu of flowers, contributions can be made in his honor to Columbus Hospice House at www.columbushospice.com.

To leave a condolence, you can first sign into Facebook or fill out the below form with your name and email. [fbl_login_button redirect="https://vancebrooksfuneralhome.net/obituary/sfc-ret-carl-crane/?modal=light-candle" hide_if_logged="" size="medium" type="login_with" show_face="true"]
×