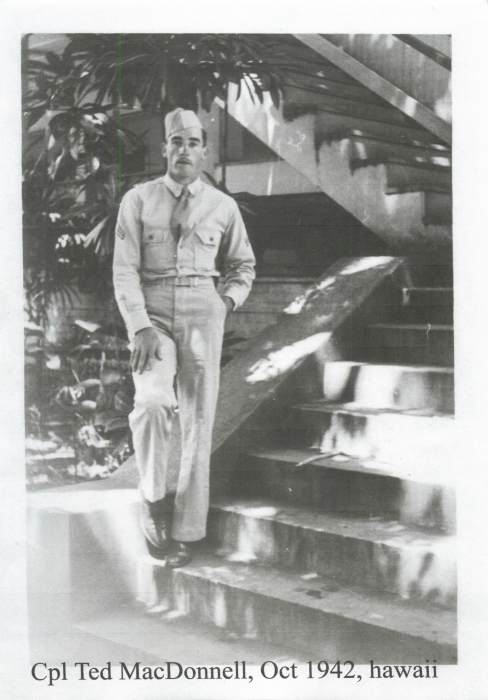 SGM (Ret.) Theodore “Mr. Mac” Roosevelt MacDonnell, 98, of Columbus, GA passed away on Thursday, April 25, 2019 at his residence.  A memorial service with military honors will be held at Parkhill Cemetery on Tuesday, April 30, 2019 beginning at 1:00 PM EST.

Mr. Mac was born on December 11, 1920 in Claymont, DE to the late Andrew and Eva May MacDonnell.  He proudly served for 30 years in the United States Army.  It was during this time that he became a veteran of World War II, the Korean Conflict, and the Vietnam War.  SGM MacDonnell was awarded the Cross of Gallantry medal for valor and heroic conduct while fighting the enemy during the Vietnam War.  After retiring from the military, Mr. Mac worked the next 20 years for the US Post Office.  His hobbies included bowling and golf.  Mr. Mac shared his expertise in bowling by writing his own instruction manual.  This special man was loved by his caregivers, friends, and family.  His legacy will be forever remembered through the service he gave for his beloved country and in the hearts of those who knew and loved him.

Other than his parents, Mr. Mac is preceded in death by his first wife, Bea MacDonnell, second wife, Anne MacDonnell, and several brothers and sisters.

Survivors include two daughters, Terri MacDonnell and Jacqueline MacDonnell, both of Philadelphia, PA.

In lieu of flowers, donations may be made to the Ft. Benning Infantry Museum.

To leave a condolence, you can first sign into Facebook or fill out the below form with your name and email. [fbl_login_button redirect="https://vancebrooksfuneralhome.net/obituary/sgm-ret-theodore-roosevelt-macdonnell/?modal=light-candle" hide_if_logged="" size="medium" type="login_with" show_face="true"]
×