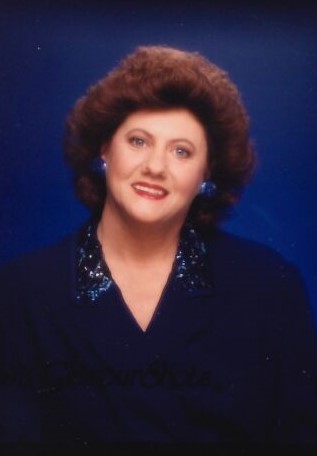 A memorial visitation will be held on Sunday, March 08, 2020 from 2:00 PM till 4:00 PM at Vance Brooks Funeral Home, Phenix City, AL. A private service will be held at a later date.

Ms. Rawlinson was born September 15, 1946 in Columbus, GA daughter of the late Gordie W. English, Sr. and Sula Rhodes English.  She was also preceded in death by a son, Larry Long, Jr.

She was a member of the Church of Jesus Christ of Latter-Day Saints. Ms. Rawlinson was very involved in her community, having served in several civic organizations including the PTSA, Board of Directors for the Phenix City Boys Club, Dixie Youth Baseball, Children’s Trust Fund of Al and Corporate Foundation for Children of Al.

Ms. Rawlinson was passionate about her Real Estate career. She was a member of the “Million Dollar Club” and a “Golden Circle” member. Ms. Rawlinson was honored as ‘Realtor of the Year” in 1997. She served in all offices, to include President and State Director for several years, for the Phenix City Board of Realtors.

She was responsible for several Fund-Raising projects for local charities. Her most memorable project was the “Cow Paddy Bingo”, raising over $20,000.00 for cancer research.

Her children, grandchildren, ex-husband, Larry and brother, “Bubba” English were the love of her life until her death.

To leave a condolence, you can first sign into Facebook or fill out the below form with your name and email. [fbl_login_button redirect="https://vancebrooksfuneralhome.net/obituary/sheila-long-rawlinson/?modal=light-candle" hide_if_logged="" size="medium" type="login_with" show_face="true"]
×