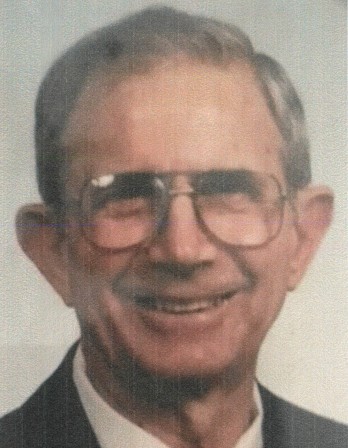 Mr. Ward attended Bibb City grammar school and graduated from Jordan Vocational High School in Columbus in 1942.  Following his graduation on Friday in June, he began working for Golden’s Foundry and Machine Company in the machine shop.  The following September 12, 1943, he began serving his country in the United States Army in the 79th Quartermaster Depot Company until February 9, 1946 with most of this time served in England.  He was a S/Sgt over the supply depot and it was the height of his career there when he had several meetings with General George Patton, who came to him for his men’s supplies.  He learned to love England and always had a desire to return there on a visit which never materialized.

Mr. Ward worked for 21 years part time as the Boys’ worker at Open Door Community House, a Methodist organization, although he was strong Southern Baptist.  He loved being a father image to many troubled or one parent boys and girls and many of them still see him and respect and give him credit for lessons learned from him that gave them a better quality of life.  That was his greatest reward.

When he left Open Door, he began part time work for Sydnor Porter in the Old Jordan Mill building for about fifteen years.

After he was discharged from the Army in 1946, he resumed his work career with Golden’s Foundry serving as Machine Shop Superintendent and later as a Consultant until he retired on October 31, 2012 at the age of 88.  He had a work life span with Goldens of seventy years.

On October 5, 1946, he met his Yellow Rose of Texas sweetheart, Dot Lamb, in H. L. Green’s 5 & 10 and they were married on May 8, 1947.  Had he lived one more week they would have celebrated seventy years of marriage.  Their life was centered around the Church, Porter Memorial Baptist, where they were married and raised their children, until the Church closed in May of 2017.  He served as Chairman of the Deacons, Chairman of Trustees, Treasurer for over thirty-nine years, Sunday School Teacher, and an Adult Choir member.  They then began serving at First Baptist Church of Columbus where his membership is presently.  His love of Christ was evident in his service to the Lord and his faithfulness in His service.

Mr. Ward had been a member of the American Legion, Columbus Ambassadors, the Elwood Moyer Executive Club and Columbian Lodge #7.  He was a Boy Scout Master at Open Door, coached their basketball group to several victories, and coached soft ball for Golden’s Foundry and Machine Company for several seasons.  He organized the first Credit Union at Goldens.  He loved sports and Atlanta Braves was his team.

Above all, he was found FAITHFUL to God, His Church his family and his employers.

Other than his parents, Mr. Ward is predeceased by his sister, Audrey Fae Kent; a brother, Durwood Ward; a great grandchild, David Payton Beck; and a son-in-law, Homer Medley.

To leave a condolence, you can first sign into Facebook or fill out the below form with your name and email. [fbl_login_button redirect="https://vancebrooksfuneralhome.net/obituary/sidney-earl-ward/?modal=light-candle" hide_if_logged="" size="medium" type="login_with" show_face="true"]
×