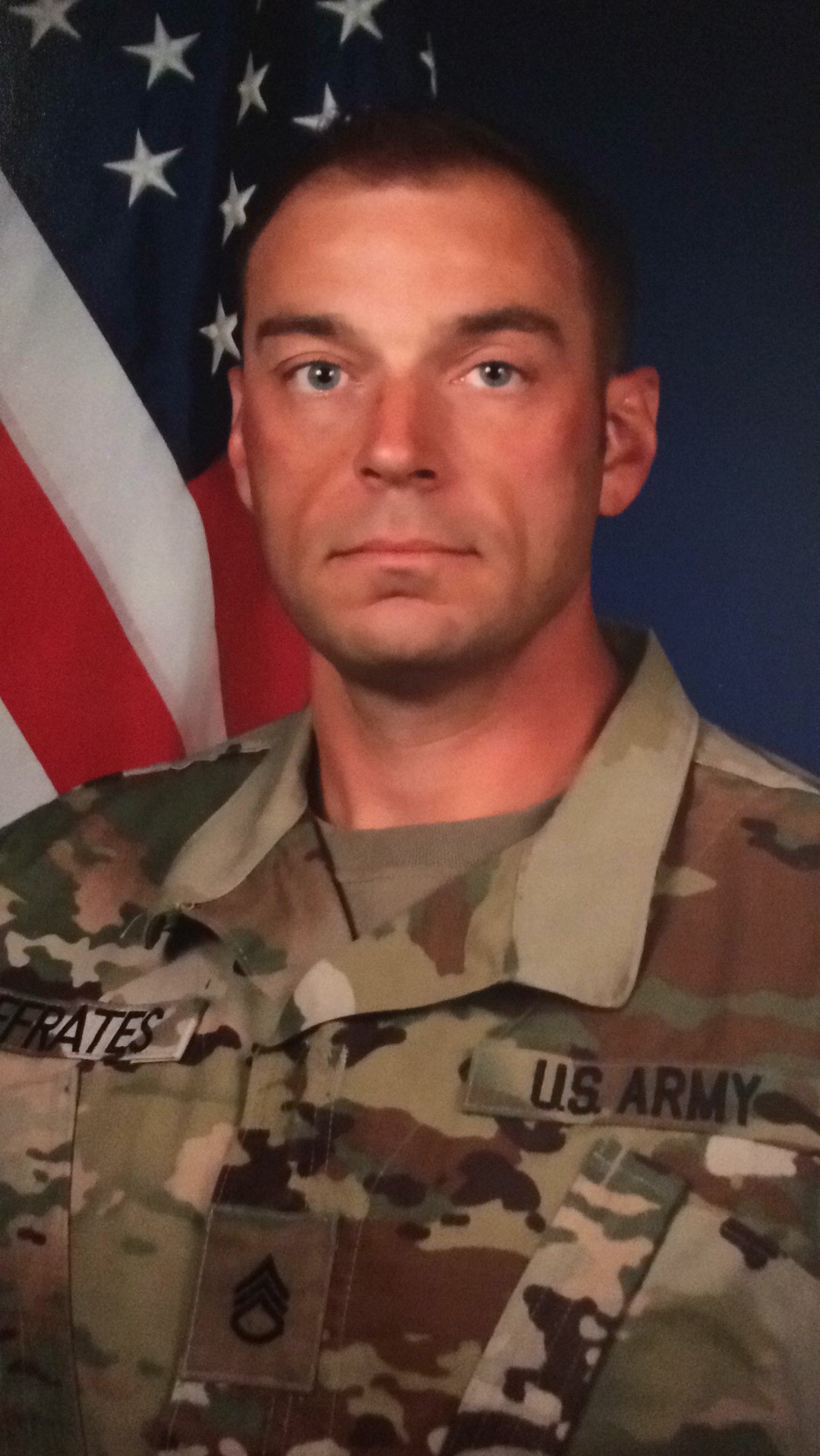 SSG (Ret) Chad DeFrates, age 42, resident of Fort Mitchell, Alabama, passed away on Sunday, January 10, 2021. Funeral services are scheduled at the Fort Church at Eastern Heights, 1342 17th Street, Columbus, Georgia, on Tuesday, January 19, 2021, 1 pm, with Reverend Matt Stephens officiating. Interment will follow with military honors being rendered at Fort Mitchell National Cemetery. The family will receive friends at the church on Tuesday, January 19, 2021 from 11 am till 1 pm.

Chad, son of Linda Lou Nicholson DeFrates and the late Emmanuel Edward DeFrates, was born January 29, 1978 in Taylorville, Illinois. After high school, he entered the military and served his country honorably in both the U.S. Marine Corp and the U.S. Army. During his distinguished military career of 20 years, he served both overseas and stateside. Many of his military assignments were in combat zones. Because of his exemplary service he was awarded numerous medals and ribbons including the Meritorious Service Medal; Army Commendation Medal (4th award); Army Achievement Medal (4th award); Armed Forces Expeditionary Medal; Global war on Terrorism Expeditionary Medal; Global War on Terrorism Service Medal; Armed Forces Service Medal; Iraq Campaign Medal; Award of the Black Medallion of the Order of St. George; and NATO Medal.

Chad was an avid outdoorsman. He felt most like himself when he was in nature. He loved sharing his love for hunting and fishing and riding dirt bikes with many friends and his children, Trenton, Nathan, and Allyson. He was known for his vast knowledge of animals, insects, plants, and mushrooms. After leaving military service, he worked for Jager Pro as a Hog Control Damage Management Specialist. Chad was a creative and gifted chef who made amazing BBQ and always kept his family and friends well fed. He attended the Fort Church and was a member of the DAV.

The family remembers Chad as a devoted son, loving brother, dedicated and loving husband and father, a true patriot who was loyal in service to his country and brothers in arms. He was the best friend anyone could have, a fierce defender of his family and country.

In lieu of flowers, the family requests contributions be made in memory of Chad C. DeFrates to Active Heroes at https://activeheroes.org/donate/

To leave a condolence, you can first sign into Facebook or fill out the below form with your name and email. [fbl_login_button redirect="https://vancebrooksfuneralhome.net/obituary/ssg-ret-chad-defrates/?modal=light-candle" hide_if_logged="" size="medium" type="login_with" show_face="true"]
×