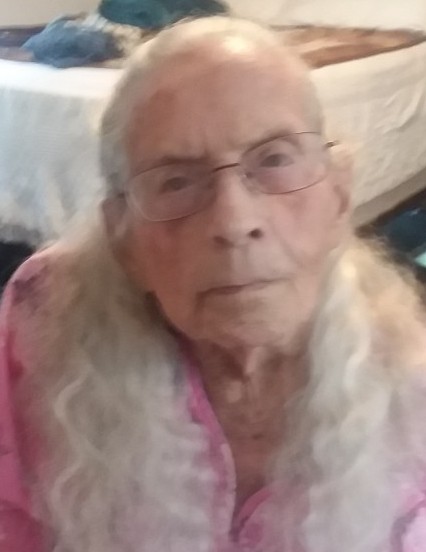 Sylverine Reynolds, 96, of Harris County, GA passed away on Sunday, December 9, 2018 at Columbus Hospice in Columbus, GA.  A funeral service will be held at Vance-Brooks Funeral Home, 4048 Macon Road, Columbus, GA on Thursday, December 13, 2018 beginning at 1:00 p.m. (EST) with Pastor Deawn Richards officiating.  The interment will conclude at Parkhill Cemetery.  The family will receive friends Wednesday, December 12, 2018 at Vance-Brooks Funeral Home from 6:00 p.m. until 8:00 p.m. (EST).

Sylverine was born on November 7, 1922 in Colquitt, GA to the late Frank and Hattie Burley.  She attended The Church of Columbus.  Among her many hobbies was that of raising chickens. Sylverine also enjoyed growing her own vegetables which she would add to the delicious meals she loved to cook for her family.

Other than her parents, Sylverine is preceded in death by two sisters, Awanna McMullen and Lorine Grime; two brothers, Elmer Burley and George Burley.

To leave a condolence, you can first sign into Facebook or fill out the below form with your name and email. [fbl_login_button redirect="https://vancebrooksfuneralhome.net/obituary/sylverine-reynolds/?modal=light-candle" hide_if_logged="" size="medium" type="login_with" show_face="true"]
×