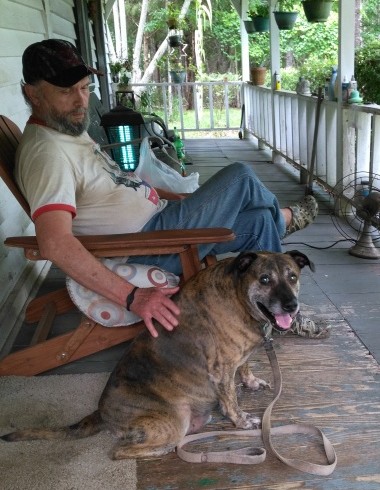 A Private Memorial service was held 10:00 am EST Friday, May 22, 2020 at Lakeview Memory Gardens in Phenix City with Pastor Ricky Ward officiating.

As a retired carpenter Terrell enjoyed following NASCAR, watching old westerns, working on old cars and working in the yard.

Stubborn until the end, Terrell lived his life on his own terms and died peacefully the way he would have wanted; in the comfort of his home.

Other than his parents, he is preceded in death by his loving wife, Mary Christine Gunter Fillingim of forty-five years, his brother Jerry Fillingim and his faithful loving dog, Buddy.

Terrell was a loving husband, brother, father and friend and he will be forever missed.

To leave a condolence, you can first sign into Facebook or fill out the below form with your name and email. [fbl_login_button redirect="https://vancebrooksfuneralhome.net/obituary/terrell-wayne-fillingim/?modal=light-candle" hide_if_logged="" size="medium" type="login_with" show_face="true"]
×