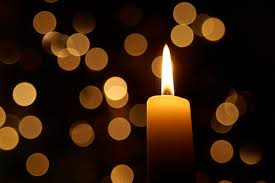 A visitation will be held from 2:00 until 4:00 Saturday, April 1, 2017 at Vance Memorial Chapel in Phenix City. The family will have a private burial.

Mr. Barron was born February 24, 1943 in Columbus, GA to the late H.L. Barron and Sarah Virginia Deason Barron. He was a lifelong resident of Columbus and a graduate of Jordan Vocational High School Class of 1961. Other than his parents, he was preceded in death by brother, Bill Barron and his wife Mary, brother, Ronald Barron and sister, Shirley Rofrano and husband Paul.

The family extends a special thank you to all the doctors and their staff and The John B. Amos Cancer Center as they helped care for Mr. Barron during his fight with cancer these last five years.

In lieu of flowers, donations can be made to the American Cancer Society.

To leave a condolence, you can first sign into Facebook or fill out the below form with your name and email. [fbl_login_button redirect="https://vancebrooksfuneralhome.net/obituary/tommy-sidney-barron-sr/?modal=light-candle" hide_if_logged="" size="medium" type="login_with" show_face="true"]
×