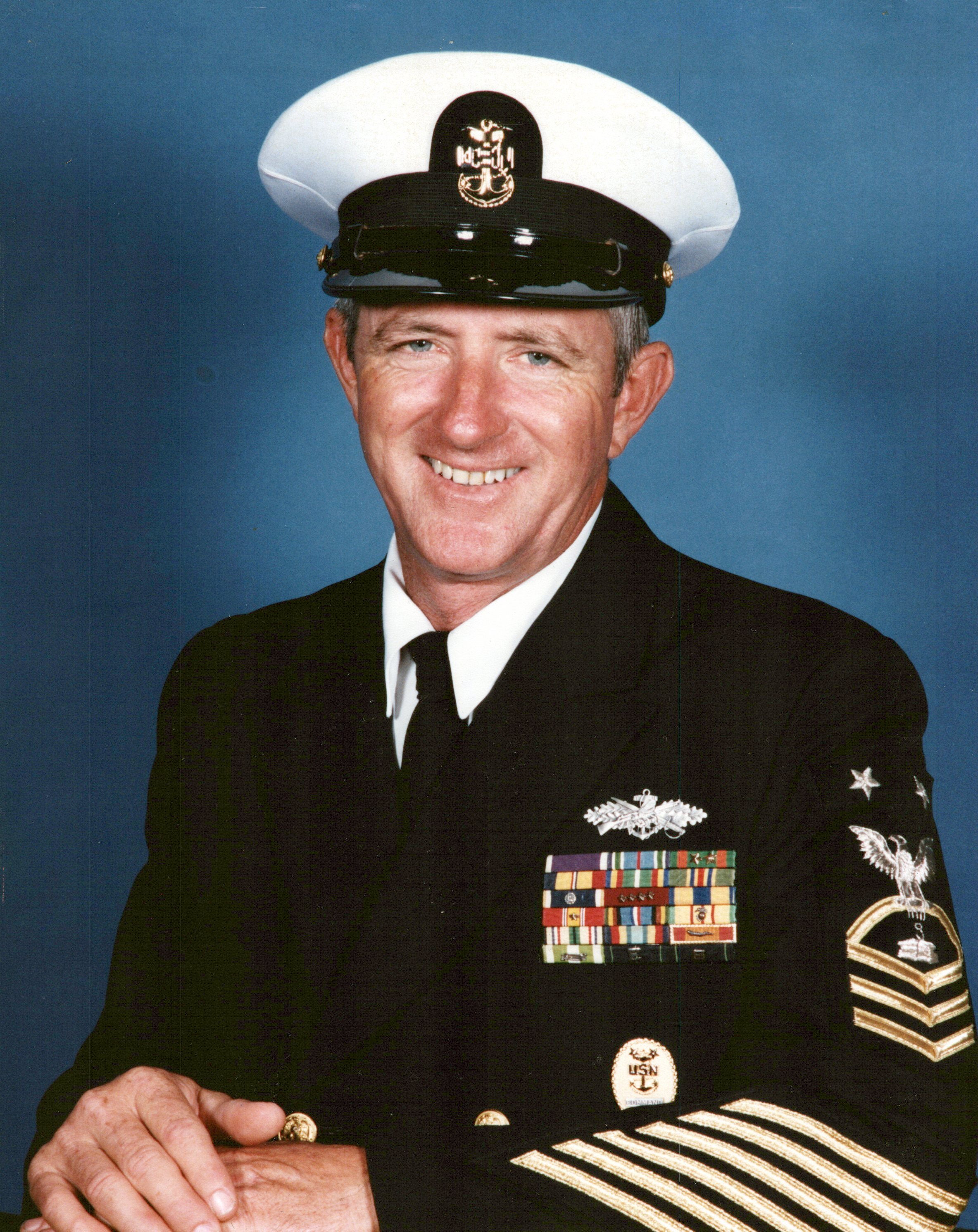 Tommy Wilkerson, 76, of Dunnellon, FL formerly of Shady Grove, AL died peacefully at his home on Friday, March 18, 2022 surrounded by his loving family.
Funeral Services will be held at 2:00 PM (EST) on Saturday, March 26, 2022 at Golden Acres Baptist Church with Rev. Todd Horne officiating according to Vance Brooks Funeral Home, Phenix City, AL. Interment with U. S. Navy honors will follow in Lakeview Memory Gardens. The family will receive friends from 5:00 PM till 7:00 PM (EST) on Friday evening at the funeral home.
Mr. Wilkerson was born October 27, 1945 in Crenshaw County, AL son of the late Arthur B. Wilkerson and Lannie Carolyn Devine Wilkerson. He joined the U. S. Navy in 1965. Tommy spent 28 years working with the Seabees and earned the rank of Master Chief Petty Officer (CUCM) and earning the title of Master Builder. He served two tours in Vietnam where he received a Purple Heart as well as numerous other commendations. Tommy loved the Navy and served in numerous duty stations around the world. After his last duty station in Gulf Port, MS he and his wife, Malvry retired to Dunnellon, FL. Tommy loved fishing and boating, fun times that created numerous memorable adventures. He also enjoyed time with his family and friends grilling and sitting around the firepit where the adventures were often retold. Tommy has impacted lives all over the world both in his military career and his personal life. We are proud to have been a part of it all.
Mr. Wilkerson was preceded in death by his parents; and four brothers, Ralph, Joe Tom, George and Sam Wilkerson.
Survivors include his wife of 42 years, Malvry Stanford Wilkerson, Dunnellon, FL; daughter, Karren Williams Savorgnan (Robert) and two sons, Darren Williams (Jacklyn) and Scott Pinner; four siblings, Louise Hattaway, Sarah Vance (Robert), John Wilkerson (Hope) and Bobby Wilkerson; five grandchildren, Hannah Hilton, Gage Savorgnan, Dalton Williams, Michaela Williams and Quinten “Quinn” Savorgnan; three precious great-grandchildren, Addalyn Savorgnan, Asher Hilton and Benzi Hilton; numerous other nieces, nephews and close friends.

To leave a condolence, you can first sign into Facebook or fill out the below form with your name and email. [fbl_login_button redirect="https://vancebrooksfuneralhome.net/obituary/tommy-wilkerson/?modal=light-candle" hide_if_logged="" size="medium" type="login_with" show_face="true"]
×