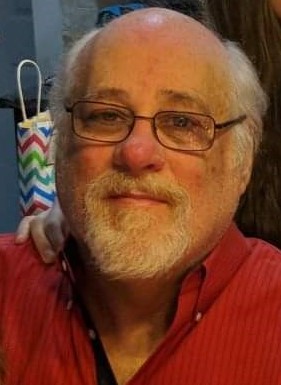 Tony Mercer, a loving husband, father, and grandfather of Columbus, Georgia passed away unexpectedly at the age of 66 on January 19, 2021 at Piedmont Columbus Regional (Northside). He was born on December 26, 1954 in Macon, Georgia to Helen Marie Fountain and Wayne Edward Mercer. He graduated from Columbus High School in 1973. Most of his high school years were spent playing baseball culminating in a regional championship in 1973, in which Tony, had the best win/loss pitching record. Upon completion of high School, Tony attended Columbus College, where he continued his baseball career as a pitcher. It was during his time at Columbus College where he met the love of his life, Debbie Cooper. Tony graduated with a B.S. in accounting in 1978 and began his career as a CPA with Fountain Arrington Accounting Firm. Tony and Deb were married in 1981 and welcomed their daughter, Ashley in 1982. Tony spent his 41 year career with Fountain, Arrington, Bass, Mercer, and Lee, obtaining Partnership in 1988. Well known as a hard worker amongst his colleagues and clients, Tony was equally a devoted husband and father, spending his free time traveling on family vacations, and teaching Ashley how to golf. Tony was a die-hard Georgia Bulldog fan who loved taking his family to Sanford Stadium for games. As an avid golfer, Tony enjoyed attending the Masters Tournaments in Augusta with his friends. He also always looked forward to spending quality time with the grandkids, especially around the holidays. His family remembers him as a man who loved to make people laugh, whether it was to lighten the mood, break the ice, or delight his family with the yearly Christmas trivia games; Tony was a warmhearted man who never met a stranger.

He is survived by his loving wife of 39 years, Debra Mercer of Columbus, Georgia; daughter, Ashley Davidson and her husband, Adam Davidson of McDonough, Georgia; sister, Kathy Finch and her husband, Danny Finch of Bacliff, Texas; grandchildren, Mackenzie Mobley, Taylor Mobley, Madeline Davidson, and Alexander Davidson; other relatives and friends.

In lieu of flowers, the family requests contributions be made to United Way, the Ronald McDonald House, and St. Jude Children’s Hospital. The family will receive friends Saturday, February 6, 2021 from 11:30am to 1:30pm at Vance Brooks Funeral Home, 4048 Macon Road, Columbus, Georgia. Graveside services are scheduled at Parkhill Cemetery, 4161 Macon Road, Columbus, Georgia at 2pm following the visitation.

To leave a condolence, you can first sign into Facebook or fill out the below form with your name and email. [fbl_login_button redirect="https://vancebrooksfuneralhome.net/obituary/tony-mercer/?modal=light-candle" hide_if_logged="" size="medium" type="login_with" show_face="true"]
×