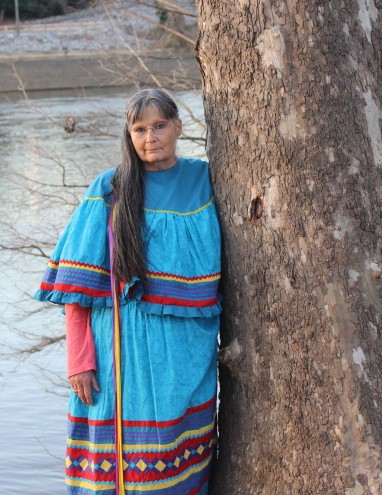 Graveside services will be held on Saturday, March 30, 2019 at 11:00AM in Lakeview Memory Gardens with Dr. David Kees officiating according to Vance Brooks Funeral Home, Phenix City, AL. The family will receive friends from 5:00 till 7:00 PM on Friday at the funeral home.

Mrs. Chapman was born January 31, 1953, in Wakeeney, KS daughter of the late Charles Compton and Jackie Sue Jackson Compton. She was also preceded in death by her adoptive  father,  Robert Fare. Mrs. Chapman spent her early years in Thailand and never lost the desire to travel. She was proud of her Native American Heritage with the Muscogee Creek tribe, tracing back to the original Trail of Tears. She enjoyed crocheting sweaters for babies in the NICU units, riding bikes and working/attending the FL Grand Opera. Mrs. Chapman adored her grandchildren and great-grandchildren.

To leave a condolence, you can first sign into Facebook or fill out the below form with your name and email. [fbl_login_button redirect="https://vancebrooksfuneralhome.net/obituary/toyzoyaha-yucchi-sharon-lea-chapman/?modal=light-candle" hide_if_logged="" size="medium" type="login_with" show_face="true"]
×