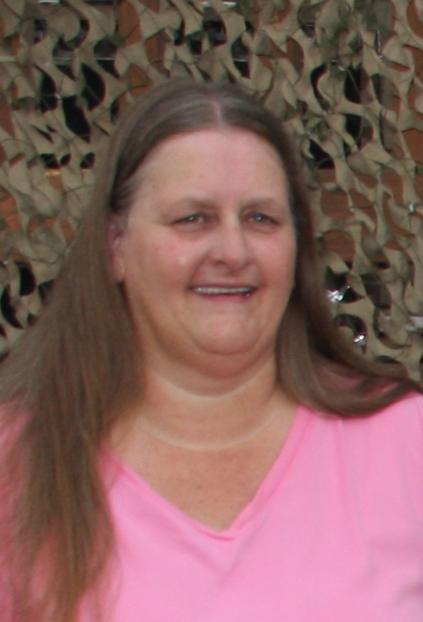 Trixie Dewberry, age 58, resident of Salem, Alabama, passed away on Tuesday, January 12, 2021 at Columbus Hospice House, Columbus, Georgia. Private services are being held by the family at a later date.
Trixie, daughter of Roy Samuel Bass, Jr. and the late Nancy Sue Newton Bass, was born August 25, 1962 in Columbus, Georgia. She was a homemaker and Baptist by faith. Trixie had a strong passion towards taking care of animals. She enjoyed blues music, particularly Stevie Ray Vaughn. Trixie also looked forward to relaxing at home and watching world news on television. Although it may not have always been seen by others, the family remembers her as a lady who sincerely cared for her family and friends.
Besides her mother, she was preceded in death by a brother, John Scott Bass. Trixie is survived by her husband of over 18 years, Frank Dewberry; her father, Roy Bass, Jr. and his wife Janet of Columbus; one sister, Suzanne Bass Ivey and her husband Tim of Salem, Alabama; one brother, Roy Bass, III of Phenix City, Alabama; one niece, Kristi Brown and her husband Dustin of Houston, Texas; one great-nephew, Braxton Brown; several cousins and friends.
In lieu of flowers, the family requests contributions be made to ASPCA at www.aspca.org/donate

To leave a condolence, you can first sign into Facebook or fill out the below form with your name and email. [fbl_login_button redirect="https://vancebrooksfuneralhome.net/obituary/trixie-dewberry/?modal=light-candle" hide_if_logged="" size="medium" type="login_with" show_face="true"]
×