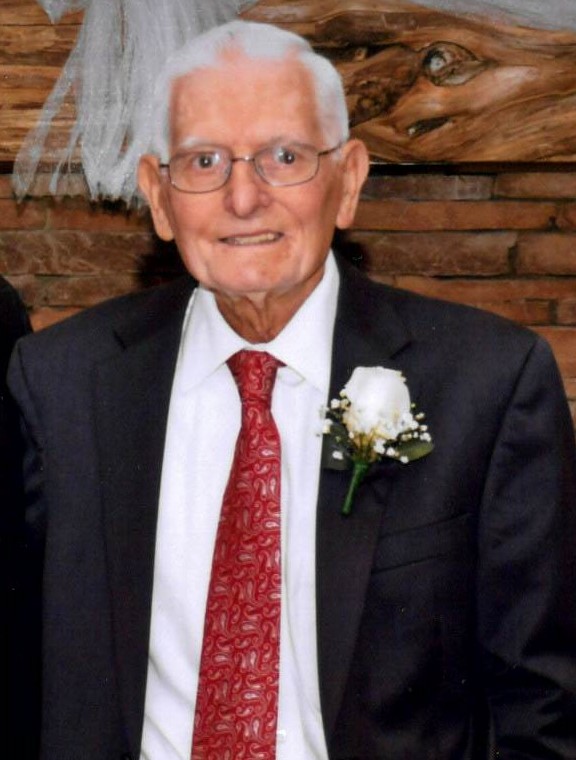 V.C. Hattaway, 84, of Wetumpka, AL formerly of Phenix City, AL slipped into eternity on Thursday, December 24, 2020 while at Jackson Hospital, Montgomery, AL.
Funeral Services will be held at 11:00 AM (EST) on Tuesday, December 29, 2020 in the Chapel of Vance Brooks Funeral Home, Phenix City, AL with Rev. Dr. Ray Cummings and Rev. Anthony Counts officiating. A private interment will follow in Lakeview Memory Gardens. Active pallbearers will be, Michael Black, Cameron Cummings, Stephen Davis, Mark Overby, Bobby Ray Wilkerson, and Honorary, Jeff Wilkerson.
The family will receive friends one hour prior to the service at the funeral home.
Mr. Hattaway was born October 23, 1936 in Elba, AL son of the late A. Z. Hattaway and Clara Mae Bryan Hattaway. He was a U. S. Army veteran serving our country in Germany post WWII. Mr. Hattaway had retired from Field Crest Mills as a Supervisor and later again from Thorne Dental Labs as a Laboratory Technician. He enjoyed people, so he was a greeter and Deacon at his church, Golden Acres for many years and also a greeter at Wal-Mart. Mr. Hattaway was an avid Auburn Fan. We will remember him as a man who lived out his faith in his professional and personal life. He was a family man who was a faithful husband, father, and grandfather.
The stuffed bear placed in Mr. Hattaway’s casket was given to him many years ago by a niece, Charla Overby, during a previous sickness.
Survivors include his wife of 66 years, Louise Wilkerson Hattaway, Wetumpka, AL; one daughter, Sylvia Counts (Rev. Anthony), Wetumpka, AL; two sisters, Arnell Sue Graves, Columbus, GA and Jean Cornett, Phenix City, AL; two grandchildren, Ashley Counts Davis (Stephen) and Rev. Andrew Bartley Counts (Kim); survived by one great grandson, Zachariah James Counts nieces, nephews and friends also survive.
Flowers will be accepted or donations may be made in his memory to the Gideons.

To leave a condolence, you can first sign into Facebook or fill out the below form with your name and email. [fbl_login_button redirect="https://vancebrooksfuneralhome.net/obituary/v-c-hattaway/?modal=light-candle" hide_if_logged="" size="medium" type="login_with" show_face="true"]
×