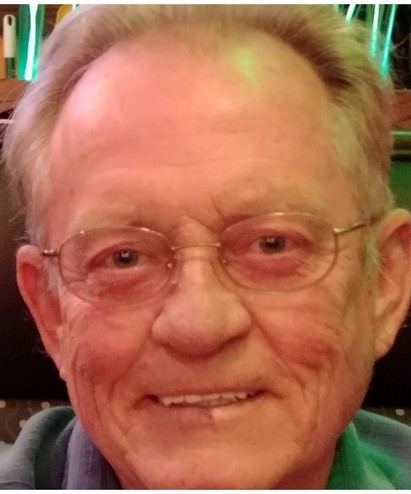 Due to Covid 19 Social Distancing guidelines still being in place, limits may be placed on the number of people allowed in the funeral home at any one time. We apologize for any inconvenience this may cause.

Kenneth Wayne Edwards- or Wayne as he was known, passed away at his home Sunday morning, May 10, 2020, after a long battle with emphysema and congestive heart failure. He was 67 years old. Funeral services are scheduled at the Chapel of Vance Brooks Funeral Home on Thursday, May 14, 2020, 2 p.m. with Reverend (Dr.) Johnny Ellison officiating.  The family will receive friends one hour prior to the service on Thursday, May 14, 2020.

Wayne grew up in Greenville, AL and was the oldest of five children. At just 14, his father unexpectedly passed away and Wayne took on the role of helping his mama as much as he could by working side jobs and even got caught selling candy at school to help out!  Wayne graduated from Greenville High School in 1970, and with an Associates Degree from Troy University. He was very proud to serve as an infantryman in the U.S. Army for 22 years before retiring in 1995 as a SFC and Master Gunner of the Bradley fighting vehicle. When in the military he served as drill sergeant for 28 months. He courageously fought in many operations and served in Iraq during the Gulf War as part of the 197th Infantry Brigade, 24th Infantry Division. During his distinguished military career he received the Meritorious Service Medal w/1OLC, Army Commendation Medal w/1OLC, Army Achievement Medal, Kuwait Liberation Medal, and numerous other medals and ribbons.

In May 2003 he suffered a heart attack and was medically retired from Kodak Polychrome due to reduced heart function and advanced emphysema.  Wayne was a beloved member of Golden Acres Baptist church in Phenix City where he served as Deacon, on Brotherhood Ministry Team, and taught Friday morning Bible Studies. He loved his church!

Throughout the many roles he served in life, husband, father and grandfather was where he excelled. Always there to lend a helping hand, answer questions or give the biggest hug when you needed it the most were some of his specialties.  Please help rejoice with the family in the fact he is walking the streets of gold with his savior and is now restored to perfect health!

To leave a condolence, you can first sign into Facebook or fill out the below form with your name and email. [fbl_login_button redirect="https://vancebrooksfuneralhome.net/obituary/wayne-edwards/?modal=light-candle" hide_if_logged="" size="medium" type="login_with" show_face="true"]
×