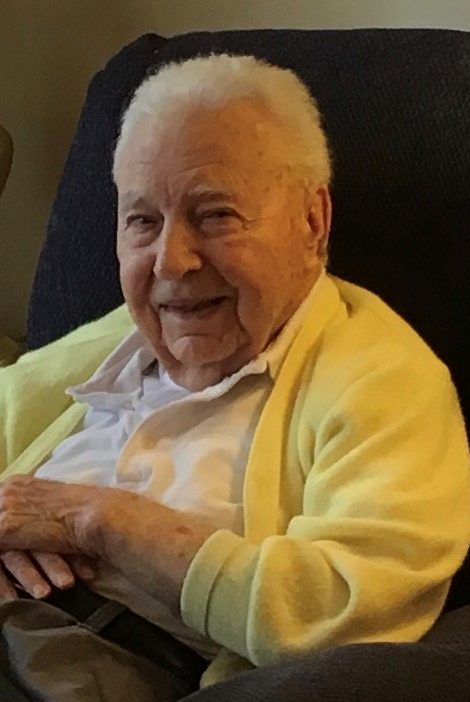 Bill was born on July 28, 1922, in Columbus, Georgia, to the late Al Dene Mullin and Emma Downing Mullin. He proudly served our country in the United States Army Air Corps and was a veteran of World War II. After his time in the military, Bill became self-employed working as an engineer in the contracting business. In his spare time, Bill enjoyed golf, fishing and playing bridge. Bill was an elder and deacon at First Presbyterian Church and joined Grace Presbyterian Church in 2015. He was also a member of the Kiwanis Club and Green Island Country Club.

The family would like to extend our heartfelt and sincere appreciation to Bill’s caretakers, Caroline Gibson and the staff of Gardens at Calvary.

Flowers will be accepted, or donations may be made to Grace Presbyterian Church Building Fund, P.O. Box 4747, Columbus, Georgia 31914-0747.

Anyone wishing to leave condolences for the family, share memories or sign the online guestbook may do so at www.vancebrooksfuneralhome.net.

To leave a condolence, you can first sign into Facebook or fill out the below form with your name and email. [fbl_login_button redirect="https://vancebrooksfuneralhome.net/obituary/william-h-mullin-sr/?modal=light-candle" hide_if_logged="" size="medium" type="login_with" show_face="true"]
×