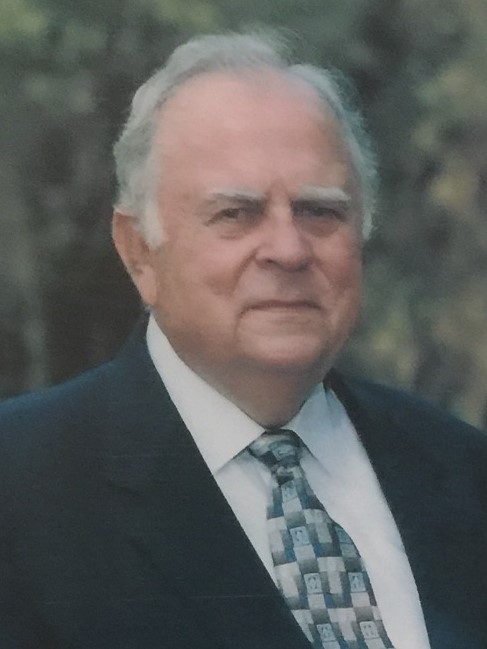 Funeral services will be held 1:00 pm Thursday, December 26, 2019 at Lakewood Baptist Church in Phenix City, AL. The family will receive friends from 12:00 to 1:00 pm, one hour prior to the service, at the church. A private interment will follow at Lakeview Memory Gardens.  Grandsons will serve as pallbearers and former Assistant District Attorneys will serve as honorary pallbearers.

Mr. Benton was born August 23, 1926 in Charleston, SC, son of the late Julian P. Benton, Sr. and Jennie Kinsey Benton.  He proudly served his country in the United States Army, joining near the end of World War II.  After graduating Auburn University, Mr. Benton began teaching at the Brick Elementary school in Phenix City.  After several years, he became the Director of the Phenix City Recreational Department and was later selected as the Director of the Columbus Boys Club.  Mr. Benton then decided to go to law school and graduated from the University of Alabama.  He served as the director of the Alabama Commission on Alcoholism and Mental Health under Governor John Patterson.  Mr. Benton then served as the Russell County District Attorney for over 15 years.  He believed in being involved in the community, serving in various organizations including the Russell County Historic Commission, where he served as president, the Masonic Lodge, the Civitan Club, the Phenix City Board of Education, the Alabama Bar Association, the Alabama District Attorney’s Association.  Additionally, he was a longtime member of the Lakewood Baptist Church and was one of the last living members of the Blue Ribbon Grand Jury.

Other than his parents, he was preceded in death by his loving wife, Mildred Slocumb Benton and a sister, Juanita Harrington.

The family would like to extend a special thank you to the caregivers and also Columbus Hospice.

To leave a condolence, you can first sign into Facebook or fill out the below form with your name and email. [fbl_login_button redirect="https://vancebrooksfuneralhome.net/obituary/william-j-bill-benton/?modal=light-candle" hide_if_logged="" size="medium" type="login_with" show_face="true"]
×