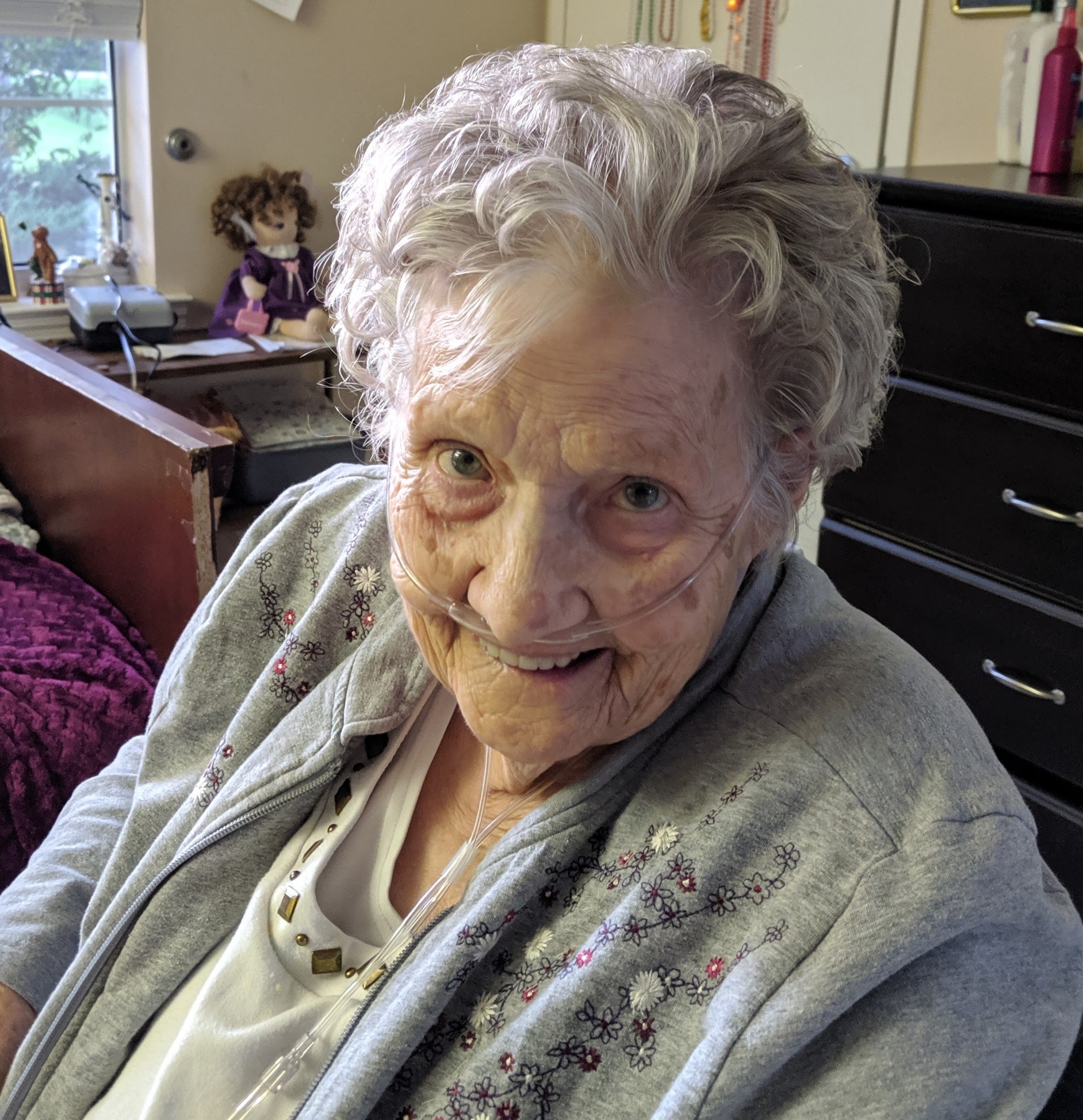 Willie Jean Leonard, 94, of Smiths Station, Alabama, went to be with her Lord on Monday, January 10, 2022, at the Columbus Hospice House, in Columbus, Georgia.

A Graveside Service for Ms. Leonard will be held at 11:00 am EST, on Wednesday, January 12, 2022, at Lakeview Memory Gardens with Rev. Ricky Ward officiating. The family will receive friends one hour prior to the service at Vance Brooks Funeral Home 3738 Highway 431 North, Phenix City, AL.

Ms. Leonard was born in North Port, Alabama the daughter of the late James Robertson and Flossie Estelle Taylor. She was homemaker all her life and serving her family was her most treasured asset. She was an accomplished gardener with her family claiming she could make a broom stick grow. Ms. Leonard was a self-taught seamstress often making clothing for all her children and grandchildren. She was also known to give everyone a “Goody Bag” when you left her presence.

In addition to her parents, Ms. Leonard is preceded in death by her husband of 52 years Dan D. Leonard and thirteen brothers and sisters.

The family would like to say a Heart Felt “Thank You” to the staff of Phenix City Health Care, where Ms. Leonard was a resident for the last seven years, for taking great care of their mother.

To leave a condolence, you can first sign into Facebook or fill out the below form with your name and email. [fbl_login_button redirect="https://vancebrooksfuneralhome.net/obituary/willie-jean-leonard/?modal=light-candle" hide_if_logged="" size="medium" type="login_with" show_face="true"]
×