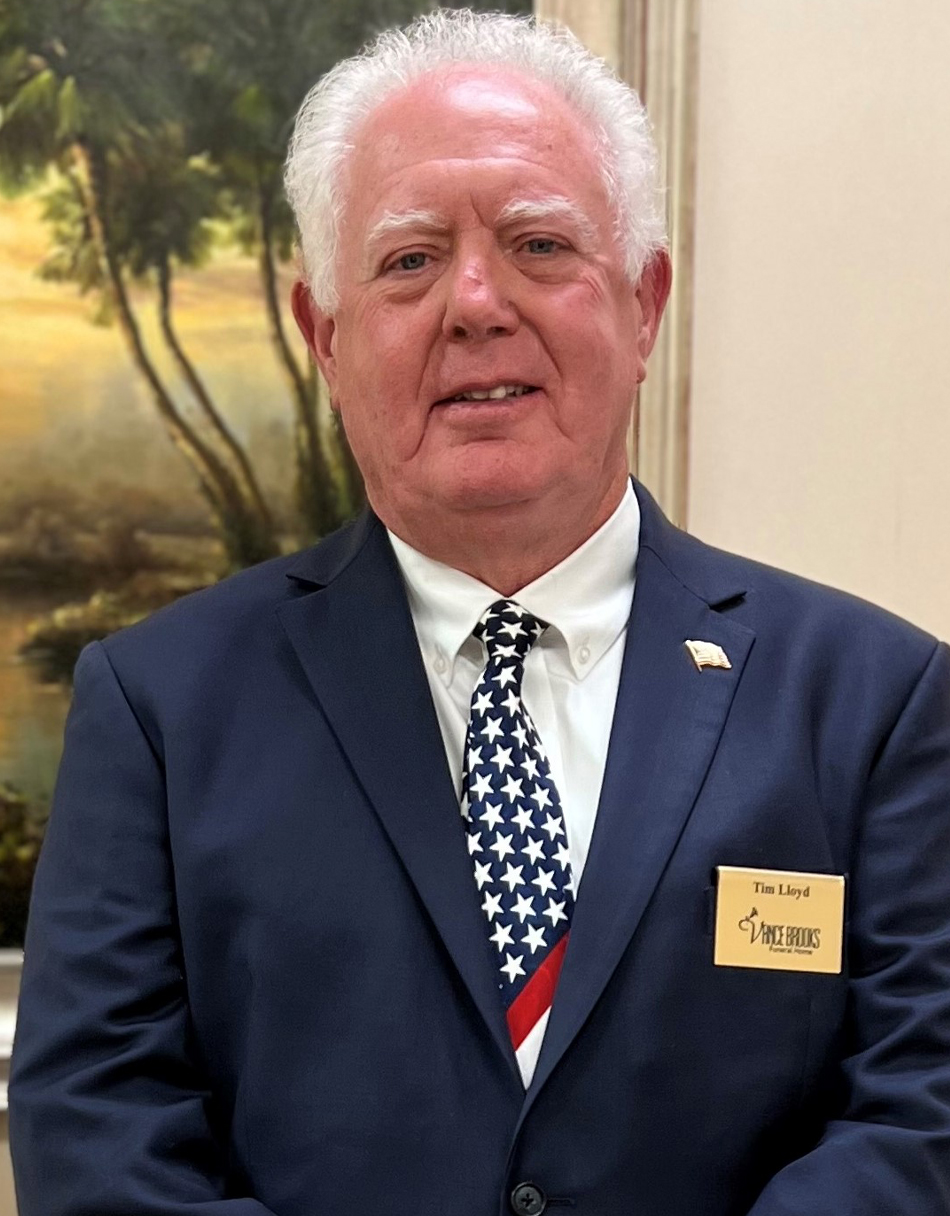 Tim Lloyd was born in Columbus, GA and graduated from Jordan High School.  He married Ms. Patricia Shehane and has two sons.  After graduation he was employed by and retired from GA Power Company as a Journeyman Lineman and a Senior Distribution Operator in Metro Atlanta.  Tim Started his second career as a Funeral Director and Embalmer in GA and AL after graduating from Jefferson State in Birmingham, AL.  He enjoys hunting, fishing, and most of all playing with his Grandchildren.