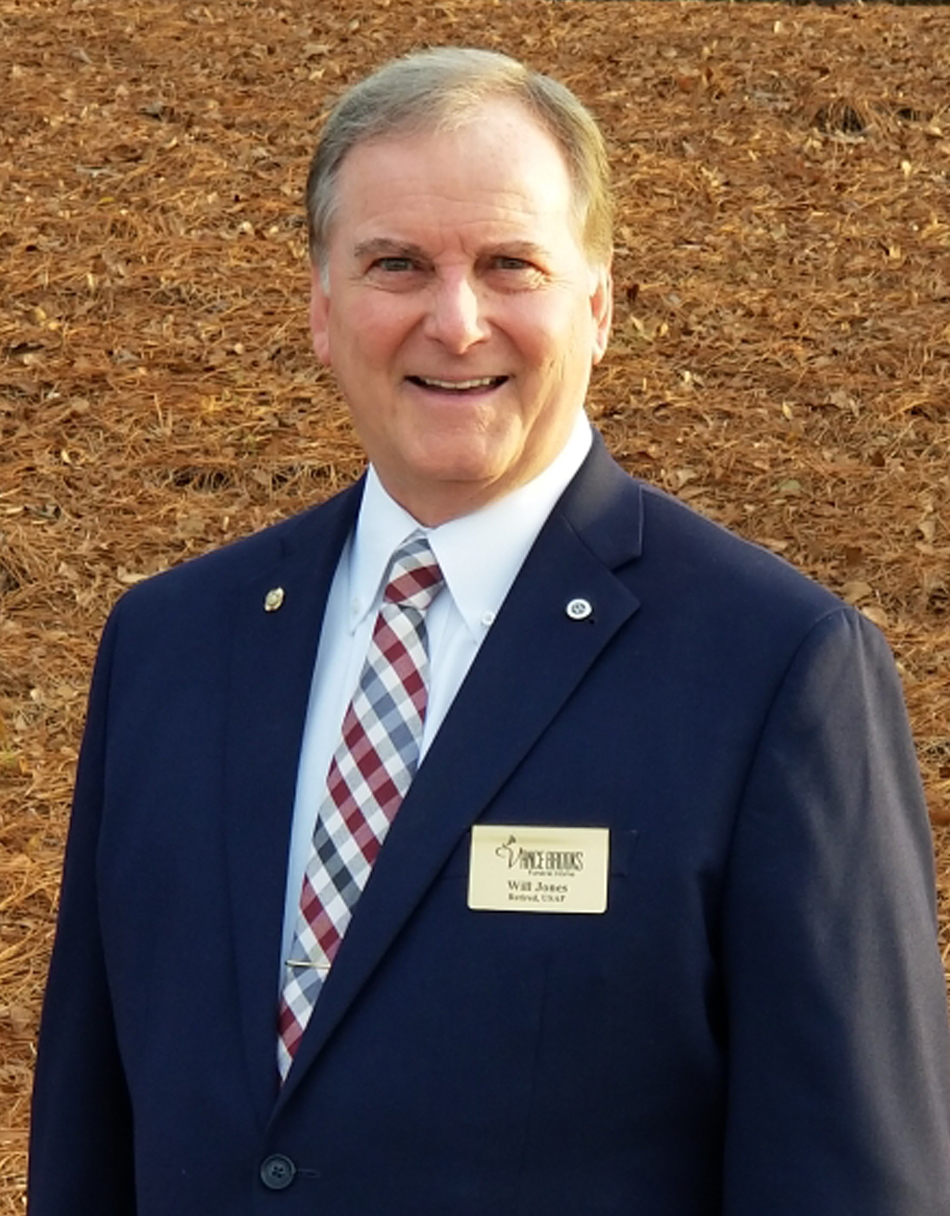 After high school, Will began a career with the U.S. Air Force where he served for over 23 years. Working in Air Force hospitals, one of his responsibilities while stationed in Mississippi was death protocol, where he assisted families when a death occurred. From this, he knew God was calling him to help families in the funeral industry once he retired. After his retirement from the military in 1998, he became licensed as a Funeral Director and began working full-time.

Since 1998, Will has served families as a Co-Owner, Manager, Funeral Director, and Embalmer in Mobile, Alabama, Columbus, Georgia, and Phenix City, Alabama. He is a graduate of the Community College of the Air Force (Health Administration) and Jefferson State Community College (Mortuary Science). Will is married to the former Merrie Kay Shuck. He has two sons, Justin and Adam, and a daughter, Robyn. He is an active member of Wynnbrook Baptist Church, the Columbus Exchange Club, and VFW Post 12110, Columbus, Georgia. When not working, he enjoys car shows, riding motorcycles, and playing golf.